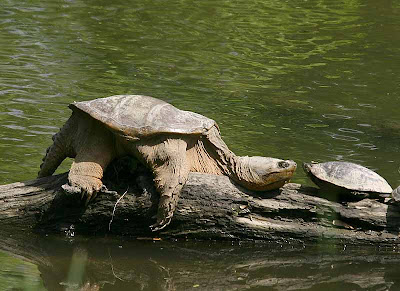 My night started out with the snapping turtles. The 2 in the 500 gallon tanks took a bit of time to drain. Especially with a large feisty snapping turtle in each. After a bit of time holding the tank at an angle so it could drain (they aren't full to the top :-)) I needed to net out the dead fish, lettuce and grape remains. The one turtle kept snapping at the net. The freaky thing is that they jump too. That kind of startles me. While I was filling this one turtles tank I could not help but laugh at him. The water was clear and about 3" deep. He "slid" under the water and approach the side I was on, slowly and quietly. He would go about 2" and then lift his head out of the water very slowly. After a couple of times he was very close to where I was. At that point it finally dawned on me that he was stocking me like prey. I had to inform him, that he was in 3" of clear water and I could see him the entire time. It's good practice, I suppose. :-) I had to laugh. 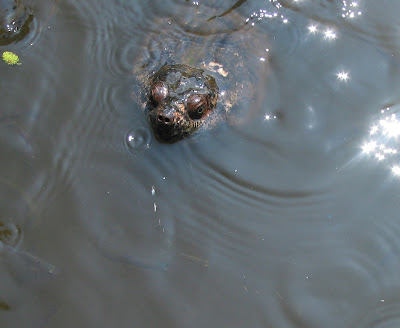 Then off to Ward D. I needed to clean this gooses cage, that could not stand. He had a spine injury. So I lovingly picked up this hissing fiend and held him in my arms. He proceeded to lung at my co worker and grab her sleeve and bit at it then after I got him loose, he took his huge toothy beak and clamped down on my arm and just bit me hard. 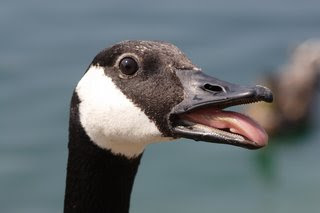 After he was done, I put him away and checked my arm. It had a small bruise already and by the nights end it looked like a small hickey! This morning all visual signs are gone but I have a small lump and it kind of hurts. Sheesh!! That's the thanks we often get for cleaning them up and getting them off their own poop!
It was a night of escapees too.

I had a Flicker flee on me. 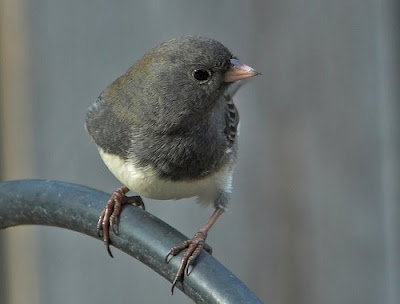 I had a dark eyed junko, jump (thankfully not to his death) 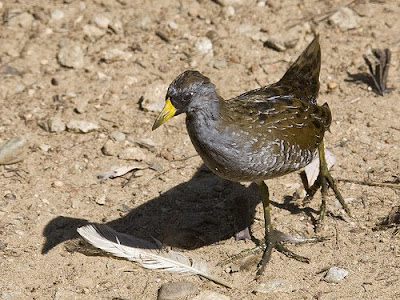 and a Sora just dart out of his door. The net was a very handy thing last night.

After we finished, we got treated to some snacks from the Volunteer appreciation event that they had that night. They rotate it every year and this year it happened to fall on Wednesday night, so we had to party with the animals. We sat around and laughed a lot. It was a nice hour.
K~
Posted by K~ at 9:08 AM