I learned that poking at a dead possum may not be all bad.
I heard the most endearing story last night. Sad with a "happy" ending. Apparently there was a dead possum on the side of the road. A couple of boys were looking at it and kind of poking it with a stick. They soon noticed that in the pouch were 7 baby opossums. They brought them to WRC and they are now safe and warm. No mom :-( but not left alone in the wilderness either. They were so cute. 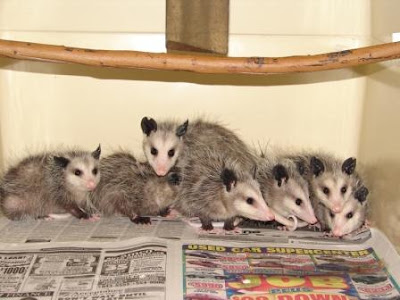 Just a special reminder that all the photos that appear in my blog about WRC are Internet googled images unless otherwise stated. I can't photograph while I am at work. So these are not them, but they look very similar :-) 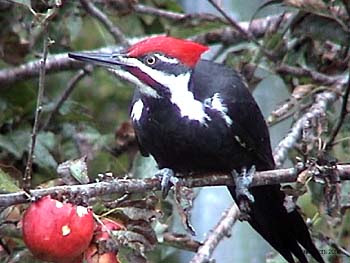 I learned the safest way to hold a pilaited woodpecker last night. Never thought I'd need that skill.

I learned that there is yellow rail in our midst. 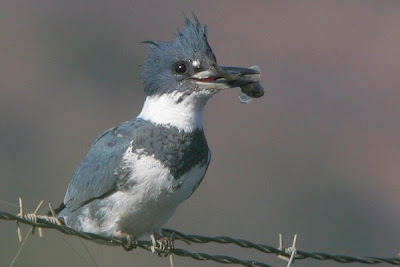 I learned that the kingfisher are SUPER COOL birds. 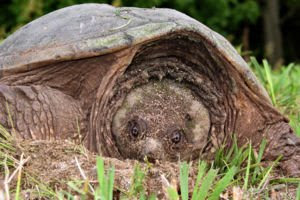 I learned that even though the Common Snapping turtle may look absolutely "adorable", "sweet", and "innocent"..... There were not too many people cleaning Ward J the last few weeks, except me.....hmm......

I also learned that not too many people line up to unplug a small drain hole in the snapping turtles tank, that a minnow decided to go head first into. 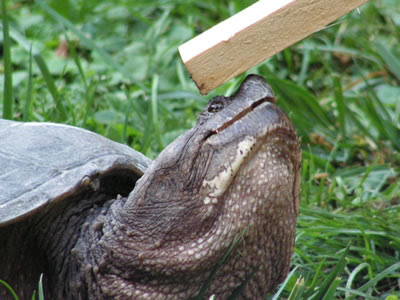 I literally had to get a broom. Push and I mean PUSH HARD!! to slide him backwards away from the drain, and with my other hand, reach in, yes... reach in and dig a minnow, that had since died, out of the drain hole. I'm thinking... he is just going to eat the broom and then my hand or head. Which ever he jumps and gets to first!!

This is a big turtle. I can't venture a guess on how many pounds but he looks a lot like this one, except more moss growing off his shell. 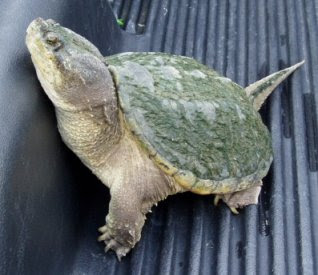 take a possum home in your pocket for me...that is, if you still have any digits left to grab one with :)

They were too sweet bob. and just so you know, we do have many furry animals there, I just don't seem to take care of them too often. We have bunnies, squirrels, flying squirrels, racoons, shrews, etc. That snapping turtle stuff is very fasinating to me!! Just find myself staring at them. They are so primative! K~