oh dear what a night.

Actually it was quite uneventful evening as far as incidents. I cleaned the flight room for the Raven. I know I have said this before, but they are very large. It is the beak that is impressive. They are very heavy and eat a very interesting diet. My favorite food prep for the bird was to fill a dog Kong bone with meal worms and 3 dead minnows......Yummy! 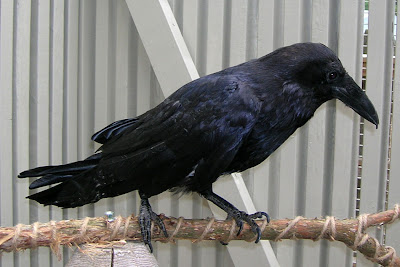 Then onto the pigeon flight cage. It had about 12 or more pigeons. It can be hard to count them as they fly around and change places. Anyway, there was this pigeon that landed on my shoulder while I was cleaning. It walked a cross to the other shoulder, peck my neck a bit, climbed onto my head, where I then removed it to a branch. It then proceeded to jump down again. This happened several times while I was in there. I just kept it there until I was done. At one point it was resting on my lower back as I was bent over to work on the water dish. I think it liked me. 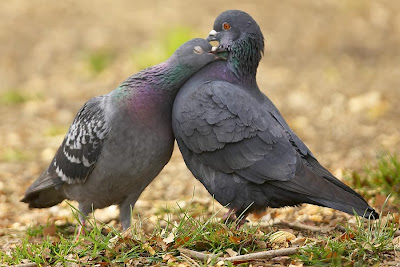 Then there was the large crabby opossum. He has been there for quite some time. Last week I needed to clean his cage and discovered that this opossum did not have a scruff to grab and help me lift him. I see that babies have one, but adults obviously don't. This guy was just growling at me, mouth open and so super boisterous. I get a bit of a kick out of how crabby he gets. I hope he can go home soon. 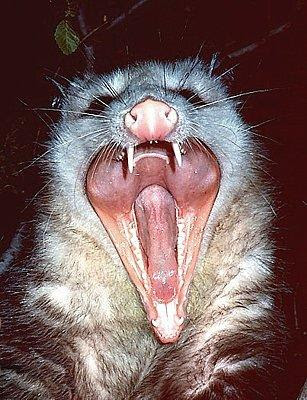 I needed to feed the bats too. This time, I got to see the little pink tongue. It was so cute. I tell ya, some are pigs and some are just so shy and don't eat much. 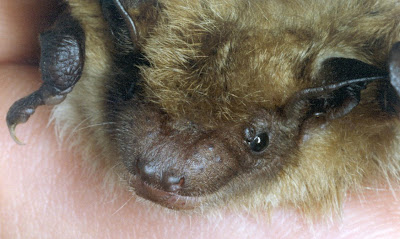 I know this goes against everything you volunteer for, but...

aren't there enough pigeons in the world???

I often think about this. But, it is my job to care for the needy. So if they need, I care for them. K~

ok. i like pigeons, so i am glad you are caring for them, kirst ;)

hey. going to phoenix next week. looks like the plant buying trip to minnesota will be an early summer gig.