Keeping micro farms is not extremely easy.  It's is not terribly hard either. There is a lot of sifting.  I guess it might take a discerning eye.  I have to keep a close look out for the teeny tiny little worms. 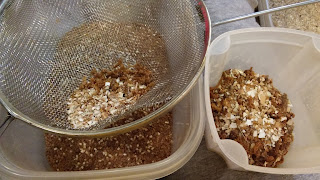 The "gross stage".  This stage is where the icky stuff goes.  The obvious dead and the molting. 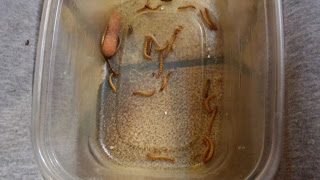 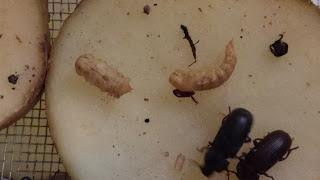 Once the worms grow up they hit the pupa stage and then hatch out as
small black beetles that then lay the eggs that hatch into the worms. 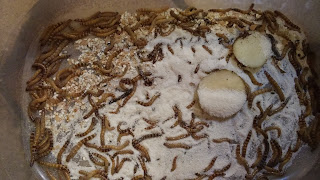 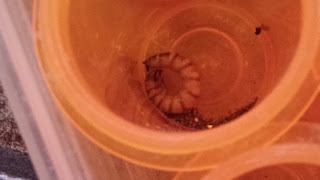 When they curl, they are ready to turn into a pupa 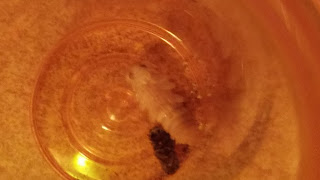 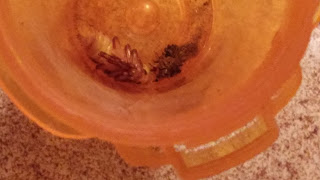 When the "leg looking things on the pupa" turn brown, they are very close to turn into a beetle. 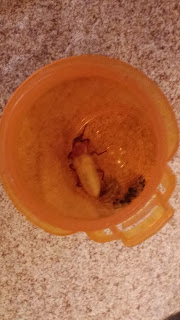 When the pupa becomes a beetle, they are often white and brown or brown. 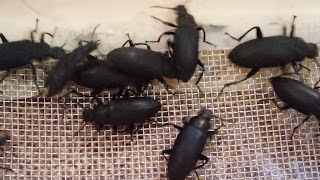 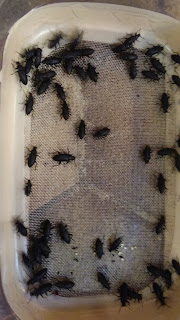 Crickets: Well these are just a mess.  Hatching, not hatching, Living not living.  Some day! 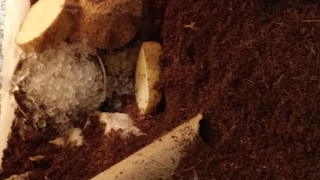 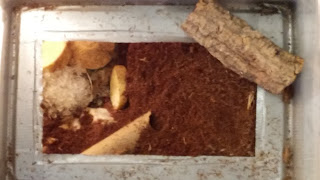